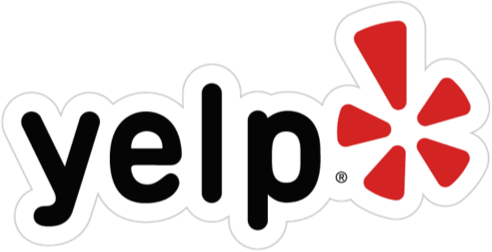 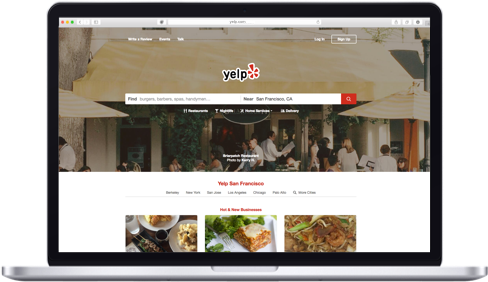 Yelp is a website and mobile app that connects people with great local businesses. By the end of 2016, Yelp had about 89 million unique monthly visitors on mobile and 73 million unique monthly visitors on desktop, and Yelpers across 32 countries had written over 121 million reviews. In 2015, Yelp acquired Eat24, a premier online food ordering service, serving over 40,000 restaurants in over 1,500 cities.

As the go-to destination for millions of consumers across the globe, Yelp needs to ensure fast, secure, and delightful experiences for its growing customer base. Content delivery is core to their business strategy — it’s critical that Yelpers are able to access the latest nearby business reviews in real time so they can make decisions on everything from where to get their car repaired to which doctor to choose. Yelp and Eat24 rely on Fastly’s edge cloud network to help ensure consistent, secure, and personalized experiences that scale globally across mobile and desktop.

"We trust Fastly to ensure great experiences on Yelp — to get the right information to users quickly, without letting them down. One of the biggest jobs as a technology company is to get out of the user’s way, and Fastly helps us do that."
Fred Hatfull, Engineering Manager 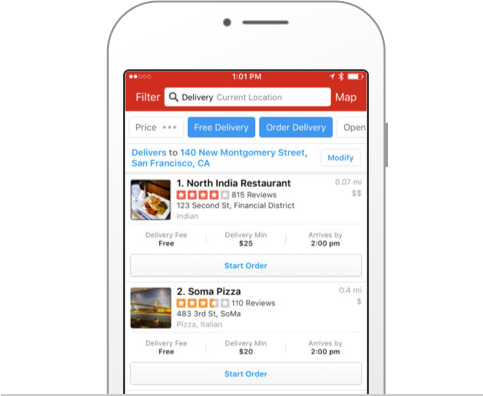 Yelp relies on Fastly’s CDN for caching entire pages, event-driven content (content that changes quickly, such as reviews being edited in real time), and accelerating dynamic assets, like content tailored to individual users. The order in which reviews are shown to users depends on a variety of factors such as recency, user voting, the user’s social connections, and more. Fastly enables Yelp to accelerate this difficult-to-cache content — Yelpers across the globe can enjoy tailored reviews while benefiting from consistent and fast experiences.

"Even for content that’s not cacheable, on Fastly we’ve seen a reduction in time to first byte (TTFB) and an overall increase in performance for users, especially those that are further away from our origins."
Fred Hatfull, Engineering Manager 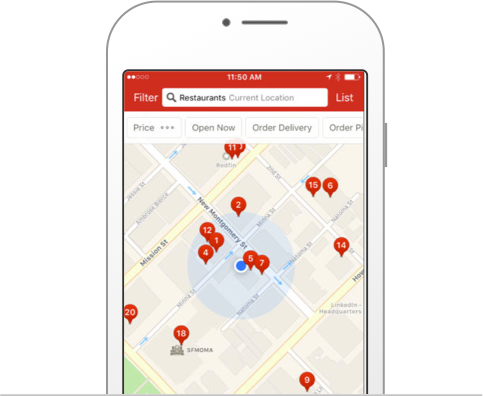 Because Yelp handles personal information (such as names and email addresses) for millions of users, it’s critical they provide secure experiences. They rely on Fastly’s cloud security offerings to terminate Transport Layer Security (TLS) connections at the edge of the network — closer to users, so they don’t experience a drop in performance — as well as secure their business against distributed denial-of-service (DDoS) attacks as they arise.

"Yelp would be nothing if not for our users — they’ve voluntarily contributed information to us and we have a duty to protect it; their privacy is critical to our business. By enabling us to mitigate DDoS attacks and terminate TLS at the edge, Fastly empowers us to protect our users while providing consistent and fast experiences."
Fred Hatfull, Engineering Manager

Terminating TLS with Fastly means that Yelp can focus on other business-critical endeavors, helping them scale.

"Fastly has allowed us to offload a bunch of problems, such as terminating connections with our end users, allowing us to focus on making the product better for the user."
Fred Hatfull, Engineering Manager

"Fastly has been an asset to our ability to move quickly. Because Fastly enables fast and hassle-free changes, we’re able to get quick feedback while we’re iterating and developing new technologies."
Fred Hatfull, Engineering Manager

Fastly’s real-time analytics — coupled with the ability to make and push configuration changes when needed — helps Yelp be more proactive, identifying and addressing issues as they happen.

"With Fastly, we’re able to identify and fix issues much faster, making it easier to monitor and get transparency into what’s going on in Yelp’s complicated, world-wide system."
Fred Hatfull, Engineering Manager 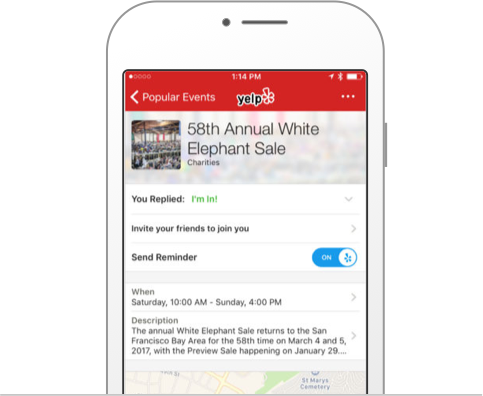 While Yelp is a consumer-focused company, they’re also a tech company: Yelp CEO Jeremy Stoppelman is an engineer, and their engineering teams consider speed and innovation integral to their culture. They place high value in the fact that Fastly offers not only a highly configurable CDN, but that the support team is extremely knowledgeable and technical.

"Yelp has a very engineering-focused culture, so we were really excited to find a CDN provider that shared our values. Fastly has made the edge of our infrastructure a first-class citizen. Before, people were afraid to touch the CDN — Fastly’s CDN is now a critical part of our delivery strategy. We can use it to solve any number of problems, and there’s always a knowledgeable person available if we’re having trouble."
Fred Hatfull, Engineering Manager