Drupal is a flexible, open source content management system (CMS). It powers more than a million websites, including http://www.weather.com, https://www.whitehouse.gov, and http://www.economist.com. Although Drupal allows you to create a site via an easy-to-use user interface, it can be slightly slow out of the box. You need to optimize it to ensure fast load times and good experiences for your users.

Regular readers of the Fastly blog may be aware that page speed matters, but in case you have lingering doubts:

As you can see, it's in your best interest to make sure your site is fast. If you’re using Drupal, it’s even more essential that you optimize your site for speed, making sure your users can access your content quickly.

Five ways to speed up your Drupal site:

Gzip all the data that is being returned by the web server. This includes HTML, CSS, JS, and images. Compressing the response ensures a lot less data is transferred from the server back to the browser, reducing page load time. Content can be compressed by Drupal itself or by a web server such as Apache or nginx.

Move JS and non-critical CSS to the footer

You may have heard that moving JS to the footer ensures the browser doesn't get blocked while loading JS. You should also do the same with non-critical CSS, such as CSS statements that don’t apply to the content that appears above the fold on a page. As a result, content above the fold gets rendered quickly and the rest of the CSS can load later.

In order to reduce overall page load time, you can make it so the browser will request a smaller number of files from the server. To do this, aggregate and minify:

These steps will help decrease the number of server requests, reducing the overall page load time.

This may also be familiar to readers of the Fastly blog, but for those of you who need a reminder, a content delivery network (CDN) offers:

For more on how to optimize your Drupal site with Fastly (including detailed setup instructions), check out the corresponding blog on my website, Red Crackle, a Drupal development company. 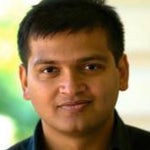 Neerav Mehta is the Founder & CEO of Red Crackle, a Drupal development company based in the Bay Area, with developers in the US and India. Red Crackle provides Drupal performance tuning service as well.

Beacon termination at the edge

Using a CDN for beacon termination at the edge has gotten a lot of attention, in part because edge termination for beacons is cool; but it’s mostly because beaconing applications are becoming more popular and…

We’re often asked why having more POPs doesn’t necessarily make a CDN faster. To help illustrate, we’ll use an analogy of convenience stores versus supermarkets.

The importance of performance monitoring

Your site’s performance needs to be monitored closely, but once you start your monitoring initiative, you might find yourself drowning in an endless wave of information. This can make it difficult for you to get…