At Fastly, we believe that the freedom to experiment is what makes the web great. We're excited by the cutting edge breakthroughs in file encodings that are happening almost every day, making the web better and faster.

For example, Google has been developing the WebP format and Mozilla recently released version 2.0 of their MozJPEG encoding. Both have the potential to speed up global web performance, but each new encoding format can have tradeoffs in your application (if you're testing either of these, make sure you keep this in mind).

Your CDN shouldn't hold you back from testing new file encodings and compression techniques. Our mission is to push web performance to new heights, so enabling experimentation is crucial. With Fastly, you can take a walk on the bleeding edge just like web giants such as Facebook.

This example assumes that you have your .webp files in the same directory as your .jpeg and .png files, but you can rewrite your URLs as needed to fit your deployment process.

How Does This Work?

First of all, since Vary is being used, you need to normalize the Accept header so that the header contains only two options. Without that, you risk lowering your hit rate and increasing traffic to origin. For any image URLs, you want Accept to either be empty or to contain image/webp. That way, you're guaranteed to only have one copy of the .jpeg/.png file, and one copy of the .webp file to serve all requests for that image.

After normalization in vcl_recv, the next step is changing the URL that you send to the backend. This happens in vcl_miss, so that hash isn't changed, and a purge of the image URL will purge both the .jpeg/.png and the .webp variants. Basically, if the client accepts .webp, the .jpeg/.jpg/.png at the end is swapped with with .webp.

Finally, Accept is added to the Vary header in vcl_fetch, so that the .webp and the original can coexist under the same URL, and the correct one will be served depending on the value of Accept.

What's great is that this can be used for any file encoding, not just .webp. With a few tweaks, you can support other encodings in the same way.

Have fun testing these new encodings! If you have any questions, don't hesitate to contact us by emailing support@fastly.com. 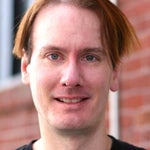 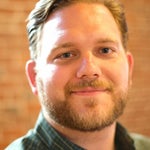 Austin Spires is Sr. Director of Product Management at Fastly, where he focuses on user experience. He’s been working on developer tools and customer happiness for five years, and frequently speaks at conferences and meetups. Before Fastly, Austin worked in sales and support at GitHub, where he helped lead customer onboarding. Originally from Texas, Austin plays a mean bass and likes drinking cheap beer.