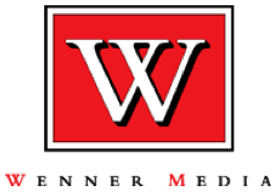 Wenner Media is the publisher of Rolling Stone, Us Weekly, Men’s Journal, and Glixel, an online video game culture destination launching in October 2016. Based in New York City with satellite offices in Chicago and Los Angeles, Wenner is the leading authority in music, entertainment, celebrity, and pop culture. Jann Wenner co-founded Rolling Stone in 1967; since then the company has expanded into a multi-million dollar enterprise, poised to complete a transition from a print to a digital company as it celebrates its 50th anniversary.

To address the increasingly dynamic publishing landscape, Wenner focused on building out a modern approach to digital media. Within the last couple of years, the company has brought technology in-house, rebuilding the CMS and hiring a dedicated tech team to manage the web presence of all three (and soon to be four) brands. Although it was a step in the right direction, the transition was less than smooth. Site uptime is critical for publishers, both in terms of user experience and the ability to generate advertising revenue, but their legacy sites would frequently go down – especially when a high-traffic event drew large numbers of readers. Wenner turned to Fastly for improved site resilience, instant editorial updates during major news events, and 75% savings in overall operations costs.

“Before, we thought of CDNs as a massive, annoying black box that cost a ton of money. From a technical perspective, Fastly is just so much better. It lets us experiment without risk and make real-time changes.”
Chris Boylan, Director of Engineering, Wenner Media

“Fastly works fantastically for media companies. When your traffic comes hard, the caching strategy works seamlessly. I tell other digital publishers, ‘Switch to Fastly. It’s not worth it otherwise.’”
Chris Boylan, Director of Engineering, Wenner Media 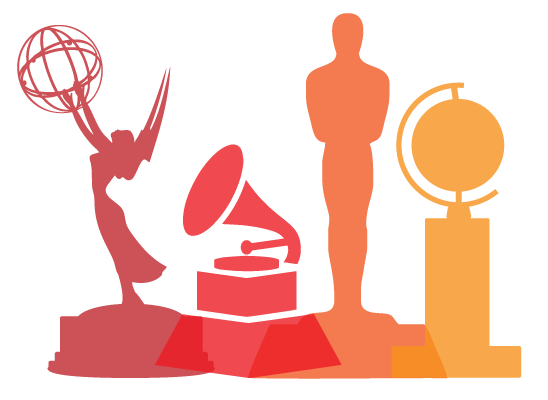 Staying up for the Oscars

It’s critical that Wenner’s sites are available to readers and provide real-time updates during major events, such as award shows and breaking news. Most media companies see the bulk of ad sales during Q4, but for Wenner it’s Q1; Awards shows, like the Grammys, Golden Globes, and the Oscars, are crucial for Us Weekly both in terms of advertising and site traffic.

Fastly helped Wenner improve site uptime while they worked on their origin. Fastly’s Instant Purge allowed Wenner to set long time to live (TTL) values, preventing an influx of requests to origin (which can be costly and impact performance negatively) while maintaining the ability to update content for their readers in real time.

“Previously, we would spend 75% of an awards show unable to publish because the legacy origin was down. Fastly helped us get to a breathing point while we replaced the legacy origin. With Fastly, we’re able to set up aggressively long TTLs (15-30 minutes), and Instant Purge lets us update content whenever we need to.”
Chris Boylan, Director of Engineering, Wenner Media

Fastly’s stale-if-error feature allows Wenner to continue serving content to readers in the event of an outage.

“Worst-case scenario, we can always ghost-serve. Which actually happened: our Rolling Stone legacy origin was down for three days; the only reason readers could still visit our site without noticing the problem was because we used Fastly’s stale-if-error.”
Chris Boylan, Director of Engineering, Wenner Media

Flexibility to find the happy medium

Wenner’s engineering team needs to be able to update their CDN configuration and see the effects right away. With their previous provider, it took between six and eight hours to deploy a CDN configuration change; with Fastly, Wenner can make updates and see the changes within seconds. This gives them the flexibility to try out new settings with the comfort of knowing they can roll back as necessary.

“With Fastly, we’re able to make config changes and see them instantly. On our previous provider, you’d make a change and find out if it worked tomorrow. Now we can try out new configurations (like TTLs) — and if they don’t work, revert them right away. Fastly’s flexibility helps us find that happy medium.”
Chris Boylan, Director of Engineering, Wenner Media

When a problem does arise, Wenner uses Fastly’s Real-time Analytics Dashboard as an early warning system. With their previous setup (and because they were working on a local version of the site), Wenner’s tech team often wouldn’t know the site was down until someone on the editorial team – or worse, their readers – noticed.

“The Real-time Analytics Dashboard lets us know about potential issues right away. Before Fastly, the tech team was often last to know when the site is down; now we know and can fix it before anyone else does.”
Chris Boylan, Director of Engineering, Wenner Media

The ability to make instant updates is critical to any media site, but especially in the event of major news. When a pop icon passes away (especially a rock legend like David Bowie), Rolling Stone is where mourning fans turn – not only to read the latest updates regarding his death, but also to dig into relevant content, such as a 10-page story on Bowie from 1973. The ability for Wenner to instantly publish the latest updates on a major event also helps them secure the top spot on Google News.

“The first person with the story gets the top slot on Google News, and that could be worth hundreds of thousands to millions of pageviews. Because Fastly lets us set short TTLs and invalidate instantly, we can get a quick response out and keep updating and editing for fans.”
Chris Boylan, Director of Engineering, Wenner Media

Fastly empowers Wenner’s editorial team to make instant updates to developing stories, which was cumbersome and time consuming with their previous provider. Now they can iterate rapidly — updating a story as it happens, without having to wait for cached content to clear.

“Instant Purge just blew our editorial team away. In order to update the site before Fastly, they would have to email us, then we would log in to our previous CDN’s interface, click a button, and then maybe eight minutes later the URL would be updated. That’s a massively long turnaround. Fastly has helped make that process instant.”
Chris Boylan, Director of Engineering, Wenner Media

“It’s gotten to the point where the content team doesn’t have to worry about the CDN anymore. Fastly works so well that they really don’t know it exists.”
Chris Boylan, Director of Engineering, Wenner Media

When traffic comes, it comes fast

Wenner is building caching into its scaling strategy: the more their online traffic grows, the more it’s offloaded onto Fastly. Wenner has responsive images to ensure readers see the right image size for their device type, increasing the amount of images they have to serve. Fastly offloads the sheer quantity of images, helping Wenner serve readers the right images in real time.

“There are 20-30 copies of every image on our site — it would be crushing if we had to respond to all requests. Our image serving processing would be completely impossible without Fastly — it allows us to deliver the image you need as fast as possible.”
Chris Boylan, Director of Engineering, Wenner Media

Wenner uses Amazon S3 for additional, cloud-based storage. Although they have extra instances on hand, Wenner turns to Fastly to shield their origin when a story takes off.

“As any media company knows, when traffic blows up it hits one or two URLs — there will be one story that has 10-50x the traffic of every other story. And when the traffic comes, it comes fast; we flat out wouldn’t be able to spin up AWS instances fast enough to handle that traffic if it weren’t for Fastly.”
Chris Boylan, Director of Engineering, Wenner Media

Doing more at the edge

Wenner crops and resizes all of their images internally and serves them through Fastly, which they use to experiment with image size and file type. Using surrogate keys, they can tag related content (like images that are cropped to a specific ratio) in order to purge them all at once, making it easy to determine the optimal image size.

“Serving images with Fastly has been useful; we set up surrogate keys that allow us to fool around with image compression ratio, progressive versus not progressive jpegs, etc. We can test stuff out and then intelligently purge out of our image library.”
Chris Boylan, Director of Engineering, Wenner Media

Like many companies, Wenner has a staging server for features that haven’t yet been released. Advertisers or out-of-office executives often need to see the latest updates before they’re released to the public. This was a potential security and news leak risk with Wenner’s previous setup: they could add specific IP addresses, but over time they would build up and it was impossible to tell for whom permissions were given and why. Wenner built a tool within their CMS that allows them to enter the URL they’d like to give access to along with other metadata. When someone accesses the URL, this tool gets the IP and adds it as the key to a Fastly Edge Dictionary, allowing Wenner to match IP addresses against the expiration dates, thus maintaining tighter control of who can access their staging server, and when.

“With Fastly, we’re able to emulate the site in production while doing an effective job of restricting access to our staging environment. We can easily share access to people outside our office but still restrict access to the public. Fastly’s Edge Dictionaries also let us time out giving access to different clients, so now I don’t have to worry about it.”
Chris Boylan, Director of Engineering, Wenner Media 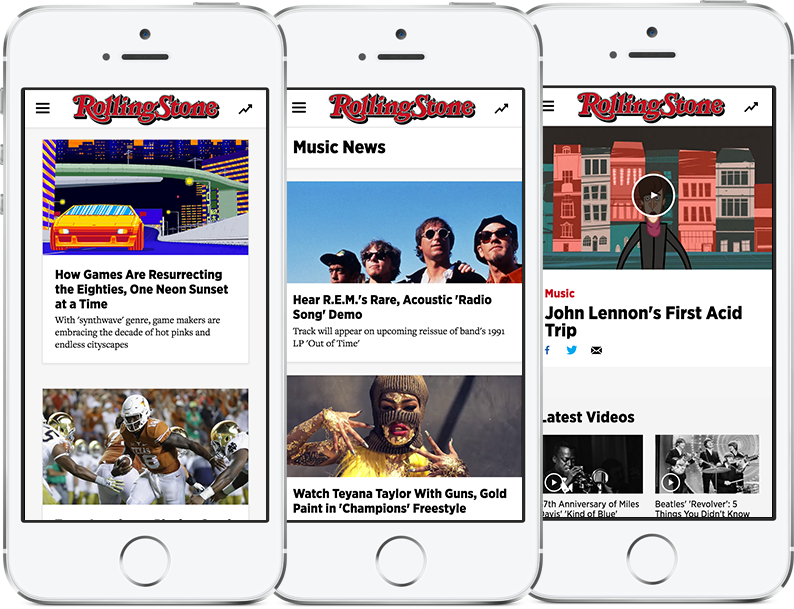 Wenner launched the latest iteration of rollingstone.com in July 2016, integrating Fastly closely into the redesigned site. The new site is fully responsive, more mobile friendly, and much faster for readers, editors, and engineers. Rolling Stone’s long tail content — articles like the 10-page story on David Bowie that get less frequent but longer reads (and therefore weren’t always in cache before) — will be returned just as fast as frequently read articles.

Previously, Wenner devoted 5-10% of engineering time solely to keeping their legacy site up. With Fastly, they were able to focus on revamping Rolling Stone, launching ahead of their target date with more features than they’d originally envisioned.

“We worked with Fastly to come up with some innovative VCL ideas to allow us to stop working on our old architecture and spend the time instead on building the new system. Fastly let us focus on where we wanted to go instead of keeping up with what we already knew didn’t work.”
Chris Boylan, Director of Engineering, Wenner Media

Because they built the site around Fastly, Wenner was able to speed up reader experiences while reducing overall infrastructure costs.

“We now have an origin that’s properly tuned for dealing with Fastly. Fastly helped us reduce our origin costs by 80% over the past year.”
Chris Boylan, Director of Engineering, Wenner Media