Getting an A in security: SHA-2 migration and disabling RC4

We value the security of you and your end users. As major proponents of Transport Layer Security (TLS), we continue to take steps to make our services — and your site or application — as secure as possible. As many of you know, TLS best practices have changed a lot in the past two years. Recently, Fastly has changed how we configure TLS to make it even more secure. This includes migrating our TLS certificates from SHA-1 to SHA-2 and disabling RC4 for all our services.

SHA-1 and SHA-2 are families of cryptographic hash functions published by The National Institute of Standards and Technology (NIST). SHA-2 includes significant security updates, and Google Chrome notified users in September 2014 that it would be gradually sunsetting SHA-1. Those using Chrome on TLS-enabled sites began seeing an error message if the site was using a SHA-1 certificate. According to Google, "HTTPS sites whose certificate chains use SHA-1 and are valid past 1 January 2017 will no longer appear to be fully trustworthy in Chrome’s user interface."

Keeping this update from Chrome and questions from Fastly customers in mind, we began moving from SHA-1 to SHA-2 in December 2014. Earlier this month, we successfully upgraded to SHA-2 for our two main SSL options: the Fastly Shared Domain and Shared Certificate. This ensures that your customers won’t see warnings when using Chrome.

RC4 is a stream cipher widely used in many cryptographic protocols, such as TLS. While currently known vulnerabilities in RC4 are believed to be theoretical, we decided to disable it to preempt any advancements in potential attacks.

Removing RC4 generated a few concerns, including negative effects on performance as well as preventing older operating systems and browsers — including Windows XP and Internet Explorer 6 — from working. The latter wasn’t a concern for Fastly — disabling SSLv3 due to the POODLE vulnerability in October 2014 already knocked out XP and IE6, so this wasn’t an obstacle to removing RC4 in January 2015.

Since we’re all about performance at Fastly, we didn’t want the removal of RC4 to cause any issues for you. We did extensive testing on several machines, and saw no errors or evidence that performance was affected when we removed RC4 in January.

An A for everyone

Many of you use SSL Labs, the free online service that performs a deep analysis of a site’s SSL configuration, to determine if your TLS encryption is correctly configured. Because TLS best practices change so frequently, SSL Labs is a useful tool for determining whether your site has everything set up correctly. Both the migration to SHA-2 and the removal of RC4 will improve your site’s grade. Previously, SSL Labs would provide a warning for TLS-enabled sites with SHA-1, and would give out a maximum grade of B for sites with RC4. With our latest security updates, you’ll get a straight A’s if you’ve enabled TLS with Fastly.

At Fastly, we’re always looking ahead to potential vulnerabilities and seeking ways to improve your site’s security and the safety of your end users. If you have any questions about these recent or future updates, please reach out to support@fastly.com. 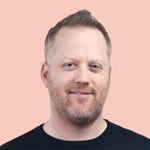 Sean is Chief Architect at Fastly, where he focuses on driving the product and technology strategy, security and network research, as well as evangelizing Fastly globally.

Fastly has evaluated each of these vulnerabilities and found that only one moderate-severity bug affects our configuration. We are currently testing the patch and coordinating a global release of the updated software across Fastly’s network….

TLS at the edge and server-side security

We’re huge fans of Transport Layer Security (TLS) at Fastly. Here’s a behind-the-scenes look at how we do encryption at the edge, which can also serve as overall best practices for handling server-side...

TLS is especially applicable to news sites. News organizations bear a public responsibility to accurately report the news, and need to take the steps necessary to ensure credibility. The security of online news content is…