Why performance is key to digital transformation

In the previous post in this series, we explored how leading organizations are staying ahead of the digital transformation curve. In this article, we’ll take a closer look at performance, a key component of successful digital transformation for many customer-facing organizations. We’ll provide two illustrative use cases of how focusing on performance can drive significant growth while delighting customers along the way.

People’s expectations for web performance continue to rise. They want vibrant images and dynamic content, and they want it to load lightning-fast. Seventy-four percent of mobile web visitors say that five seconds is the maximum amount of time they’ll wait for a page to load before abandoning it. When those disappointed users bounce, most say a competing site is their next stop. And 46% say they will never return to a slow site. These results translate into significant real-world consequences.

Consider Pinterest, which takes performance very seriously. They discovered that, when they focused on improving the speed of pinning items, customer engagement increased by 10-30% in the application. The bonus? This spurred a new culture of performance excellence that spread across all the teams within their organization.

How exactly did they do this? Their improvements were a mix of technical and cultural changes. First, following a series of unanticipated performance improvements that translated to better customer engagement metrics, they created a team dedicated to improving performance of their site, app, and services. Next, they established a metric — Pinner Wait Time (PWT) — that they could use to connect user experience with performance. It’s a composite metric of the load time for the large hero image and its description metadata when someone adds a pin.

Culturally, the team had to fight skepticism throughout the company. Product engineers previously didn’t focus on performance. But now they have related goals and metrics built in to their work. The combination of reliable data and compelling visuals effectively created a metric tied directly to business goals that aligned all the teams at the company in the pursuit of one shared goal.

And they didn’t stop there. Despite having shown clear business value tied to performance gains, they undertook an internal PR campaign. They presented at company All Hands meetings, and went from team to team showcasing their work — talking about the gains they’d made, and enticing other teams to collaborate with them in an effort to improve performance for their projects and features.

Finally, they were vigilant about testing any change they made that they thought could affect performance. Every change was A/B tested. They only rolled out changes that drove a reduction in that PWT metric. (They also documented everything they did — what worked and didn’t — so that information could be distilled throughout the organization.) In the end, they exceeded their original goal of reducing PWT by 14%, instead driving it down by an impressive 20%, and thus improving their customer experience.

The Pinterest Performance team’s vision was to distribute the work and multiply the gains. In doing so, they changed the focus and priorities of product and engineering teams across the entire company, such that performance is now everyone’s responsibility.

Focusing on the true north

Another leading organization making performance a priority is the Financial Times. A few years back, they set out to redesign the FT.com website. One experiment was to use a very restricted set of features and content, which reduced page size and load time. They invited a set of their customers to take a sneak peek, and about 5% of their most devoted users opted in to participate.

The FT discovered that performance was at the heart of an improvement in engagement: the newly redesigned pages were significantly faster than the old site. To their surprise, the customer engagement numbers for that set of customers went up. In some ways, this is counter-intuitive: shouldn’t more content, not less, help drive engagement metrics (which include time spent reading content)?

But by making the existing site just 1 second faster, they increased engagement by 5% for everyone viewing the site (not just those early adopters who opted in to check out the new redesign). In fact, that 1 second turns out to be worth millions of dollars to the FT, making performance more valuable than any other feature on FT (save their hallmark personalized “myFT” feature).

This helped the entire organization rally around a single engagement metric, encouraging marketing, product, engineering, and editorial to think holistically about how they can better engage and delight their customers.

Putting it all together

Focusing on performance helps your company hone in on efforts that both improve your revenue and delight customers, while moving you in the direction of increased speed that is necessary for true digital transformation. In the next post in this series, we’ll take a deep dive into responsiveness, and how responding quickly is another tool in your digital transformation toolkit. 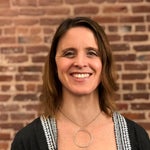 Courtney Nash is the Director of Content Strategy at Fastly. Previously she directed editorial programming and chaired multiple conferences for O’Reilly Media, including Velocity, a key part of Fastly’s early origins. An erstwhile academic neuroscientist, she is still fascinated by the brain and how it informs our interactions with technology. She’s taught people how to dance, how the brain works, and how to catch air on a mountain bike.

Digital transformation — in which a business totally overhauls its strategy to take advantage of the full breadth of opportunities digital technologies have to offer — is definitely a hot topic. Opinions on jargon aside,…