We’re excited to announce the next installment of our Security Speaker Series, which brings together researchers and engineers to share research, tools, and ideas. Join us for drinks, snacks, and a few hours of excellent security discussion on Thursday, Oct. 26 at 6pm PT at Bespoke Central Lounge in downtown San Francisco. Speakers include Alex Bazhaniuk, of Eclypsium, Inc., and Stephen Checkoway, of the University of Illinois.

Alex Bazhaniuk is an independent security researcher, and was previously a member of the Advanced Threat Research team and Security Center of Excellence at Intel. He’ll take us on a deep dive of our systems; by looking at elements such as system boot firmware, ROMs on expansion cards, I/O devices and their firmware, microprocessors, embedded controllers, memory devices, low-level hardware interfaces, virtualization and hypervisors, you could discover vulnerabilities or misconfigurations, ultimately helping you verify security state of platform components of your system and how effective the platform security defenses are. He’ll also take a look at CHIPSEC framework, which can help you explore your system’s hardware and firmware components while you evaluate how how effective your security measures are.

Stephen Checkoway is an Assistant Professor in the Department of Computer Science at the University of Illinois at Chicago. He’ll discuss the December 2015 attack on Juniper Networks, which created two vulnerabilities: an authentication bypass that enabled remote administrative access, and a second vulnerability that allowed passive decryption of VPN traffic. The second is far more intriguing: a change to the Q parameter used by the Dual EC pseudorandom number generator. It is widely known that Dual EC has the unfortunate property that an attacker with the ability to choose Q can, from a small sample of the generator’s output, predict all future outputs. In a 2013 public statement, Juniper noted the use of Dual EC but claimed that ScreenOS included countermeasures that neutralized this form of attack. Stephen will present the results of a thorough independent analysis of the ScreenOS randomness subsystem, as well as its interaction with the IKE VPN key establishment protocol. This work sits at the intersection of cryptography, protocol design, and forensics, and is a fascinating look at a problem that received a great deal of attention at the time but whose details are less well known.

The event is free, but space is limited — please register here. We hope to see you there! 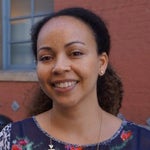 Window Snyder is Fastly’s Chief Security Officer. She’s been a key contributor to the evolution of security in our connected world, formerly holding positions at Apple, Mozilla Corporation, and Microsoft. She is also the co-author of the book Threat Modeling.

Videos from part 3 of our Security Speaker Series

On October 26, we hosted an evening of drinks, snacks, and an excellent security discussion with the security research and engineering communities. Folks gathered at Bespoke Central Lounge in downtown San Francisco to hear from…

As an edge cloud platform, Fastly is in a unique position to monitor DDoS attack patterns and trends as they evolve. In this post, Jose Nazario, Sr. Director of Security Research, and Ryan Landry, Director…