We stand with the LGBTQ+ community

The U.S. Supreme Court is scheduled to hear a trio of cases this October that could decide whether LGBTQ+ people are protected from discrimination under existing federal civil rights laws — which prohibit discrimination based on sexual orientation or gender identity in contexts ranging from employment to housing, healthcare, and education. Fastly has joined more than 200 companies to sign a “friend of the court” brief that urges the U.S. Supreme Court to ensure the protection of LGBTQ+ people under these laws.

There are many important reasons to sign on to this brief: affording LGBTQ+ people the same opportunities and protection from discrimination is good for business, and good for the economy. But for us, it goes further. Supporting LGBTQ+ rights means supporting equal rights and treatment and upholding many of our core values. Those values are most meaningful to us when they are tied to action — not the least of which is creating and preserving a safe and inclusive work environment for Fastlyans and their families, our customers, and our communities. As the brief states:

[We] support the principle that no one should be passed over for a job, paid less, fired, or subjected to harassment or any other form of discrimination based on their sexual orientation or gender identity.

This landmark brief would not be possible without the diligence of its organizers, which include Human Rights Campaign, Lambda Legal, Out Leadership, Out and Equal, and Freedom for All Americans. We owe them our gratitude for the invitation to participate and look forward to seeing the support for this brief grow in the coming year. 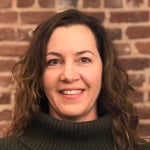 Erica Perkins is the Vice President of People at Fastly, where she helps scale company culture and trust across Fastly’s locations around the globe.

Integrating security into your DevOps cycle isn’t something that happens overnight. Here are five tips for building a culture in which secure DevOps can thrive, enabling your team to build secure apps quickly.

How we built our new user experience, straight from your feedback

Our new user onboarding experience is built on our values of putting the customer first, transparency, and constantly iterating and innovating. See what’s new, and our methodologies for improving.

The evolution of Fastly’s Open Source and Nonprofit Program: supporting an ethical and open internet

Open source projects are the foundation of the internet; by sponsoring their important work, we support our vision for unfettered, scalable technical innovation. We’ve supported numerous open source projects since the inception of Fastly, and…