We’re always seeking ways to give our customers more control at the edge. With this in mind, we’re pleased to announce Edge Dictionaries, which give you the ability to create dictionaries (key/value pairs that your VCL can reference) inside your Fastly services. This allows you to make real-time decisions from every server in the Fastly network.

Making real-time decisions at the edge based on a particular value was previously possible with Fastly, but it was a rather cumbersome process that required many nested ‘if’ statements, like this:

Building this logic is much easier with the new dictionary approach (see the ‘table’ object below) in VCL, like so:

We didn’t stop there, though. We understood that while the dictionary functionality was a huge improvement for our customers, it still required the following five steps to update the data inside the dictionary. A customer still had to:

Instead of going through a series of these steps (which were difficult to programmatically execute), you can create, update, delete, and modify dictionaries (and their contents) via our API without having to increment your VCL version.

Essentially, Edge Dictionaries can be compared to having data that lives in an external database (the Edge Dictionary) referenced by your application (a Fastly service built on VCL).

Edge Dictionaries offer greater flexibility and control for customers across many industries. Usage examples include:

Some more detailed examples include:

Their VCL configuration file would then show the dictionary and its contents:

Learn how to create your dictionary by reading our documentation.

This could also be adapted for a customer using Google Cloud Storage (GCS) and Fastly:

We built this feature to give you fast, programmatic control while saving you time, allowing your team to address issues as they arise.

Read more about how to use Edge Dictionaries and email support@fastly.com if you have any questions. 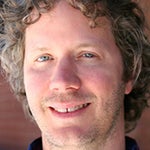 Jason Evans is the Director of Product, Delivery as well as Managing Director of Fastly New York. Prior to Fastly, he co-founded Stackpop, an infrastructure-focused start-up, in 2011. Jason spent the previous 13 years building, scaling, and managing infrastructure teams at companies like MediaMath, Panther Express CDN, and GLG.

Sales Engineer Léon Brocard created fastly2git, a Git repository for Fastly service changes, making it easy for you to see differences between versions. In this post, Léon discusses how fastly2git works, and how it can…

Customer Support Engineer Kami Richey built an application for testing Fastly. In this post, she walks you through setting up your own test application and using Fastly’s UI to explore commonly used features first hand….