Our team has been hard at work — we’re pleased to announce two new points of presence (POPs) in Toronto and Boston.

Toronto is our first POP in the Great White North, and with the addition of Boston we now have even more capacity around Ashburn, Virginia. Ashburn is a major internet thoroughfare, with more than 70% of the world’s internet traffic passing through and major corporations and network providers maintaining around six million square feet of data center space. These two new POPs increase our overall capacity, resiliency, and performance in this busy corner of North America.

The Toronto POP grants us entry into the Canadian market, improving connectivity and delivery for customers there. We’ll also be participants of the Toronto Internet Exchange (TorIX), allowing us to deliver traffic directly to other member networks.

With the Maple Leafs winning the NHL’s #1 draft pick and a Fastly POP being built in the same year, things are looking up for Toronto in 2016!

The addition of our Boston POP will continue to help us improve delivery in population-dense regions. Having already hit many of the high-density US cities, Boston signals our foray into the next market layer while also providing additional capacity for the northeast region. Along those lines, we’ve also beefed up our POPs in Chicago (ORD) and New York (JFK), further strengthening our network in one of the country’s most highly trafficked areas.

As the only real-time CDN on the planet, we’re constantly evaluating strategic markets that complement our technology while benefiting our customers and consumers alike. Keep an eye on our network map — we’ll continue to add new POPs and planned locations in the coming months. 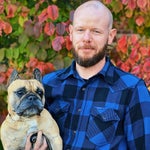 Ryan proudly leads the team behind Fastly’s Technical Operations organization, which includes Network Reliability Engineering, Edge Cloud Operations, and Incident Management. In his spare time he’s doing whatever he can to upset his mother, like collecting tattoos and riding motorcycles. Ryan is managed full-time by his French bulldog, Muchacho, who doubles as Fastly’s part-time mascot.

As we continue to scale our network, we regularly evaluate technology advancements that keep us on the leading edge. One of these advancements is 100 Gigabit Ethernet (GbE) switches in single rack-unit formats, and we’ve…

We’re often asked why having more POPs doesn’t necessarily make a CDN faster. To help illustrate, we’ll use an analogy of convenience stores versus supermarkets.

Building and scaling the Fastly network, part 1: Fighting the FIB

This post is the first in a series detailing the evolution of network software at Fastly. We’re unique amongst our peers in that from inception, we’ve always viewed networking as an integral part of our…