The rise of social media and real-time news updates have made politics and political coverage more accessible and interactive than ever before. The 2016 presidential election drove record levels of engagement online — from requests rising 6,500% above normal during the first debate to an 8,371% rise in visits to nytimes.com after the election results came in.

While there was an uptick in traffic to media sites during the 45th president’s inauguration, it didn’t compare to engagement during the election. This drop in engagement could be related to media fatigue after an emotional and surprising year, indicated by some Americans disengaging from social media as a form of protest, over 70 lawmakers boycotting the ceremony, and markedly fewer inauguration-day attendees at the National Mall as compared to 2009, with approximately 250,000 people coming out for Donald Trump on January 20, 2017, as compared to 1.8 million people for Barack Obama in 2009.

Traffic to news sites quickly leveled off after the inauguration speech, but we saw increased and sustained traffic to aclu.org, suggesting a transition from passive disengagement to action (and donations) leading up to the Women’s March the following day. 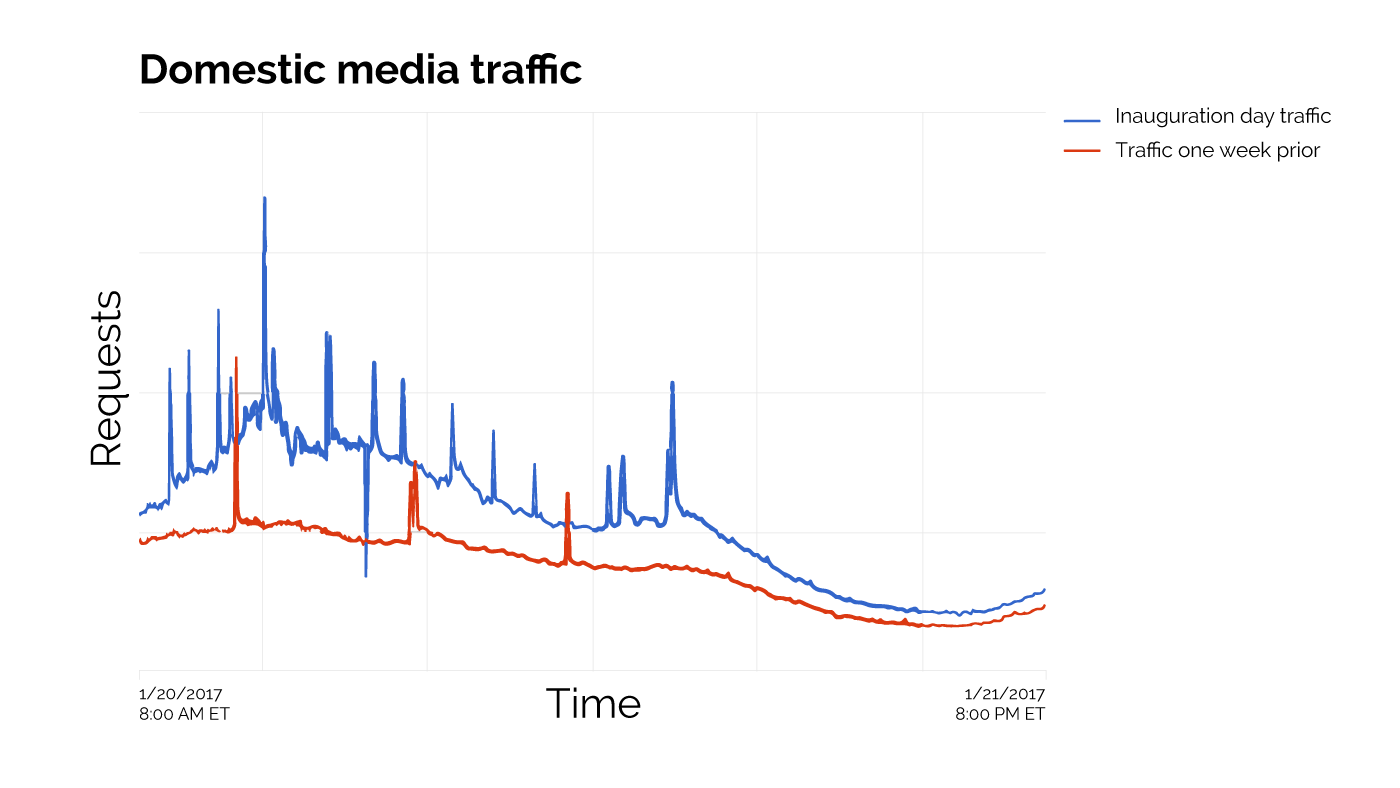 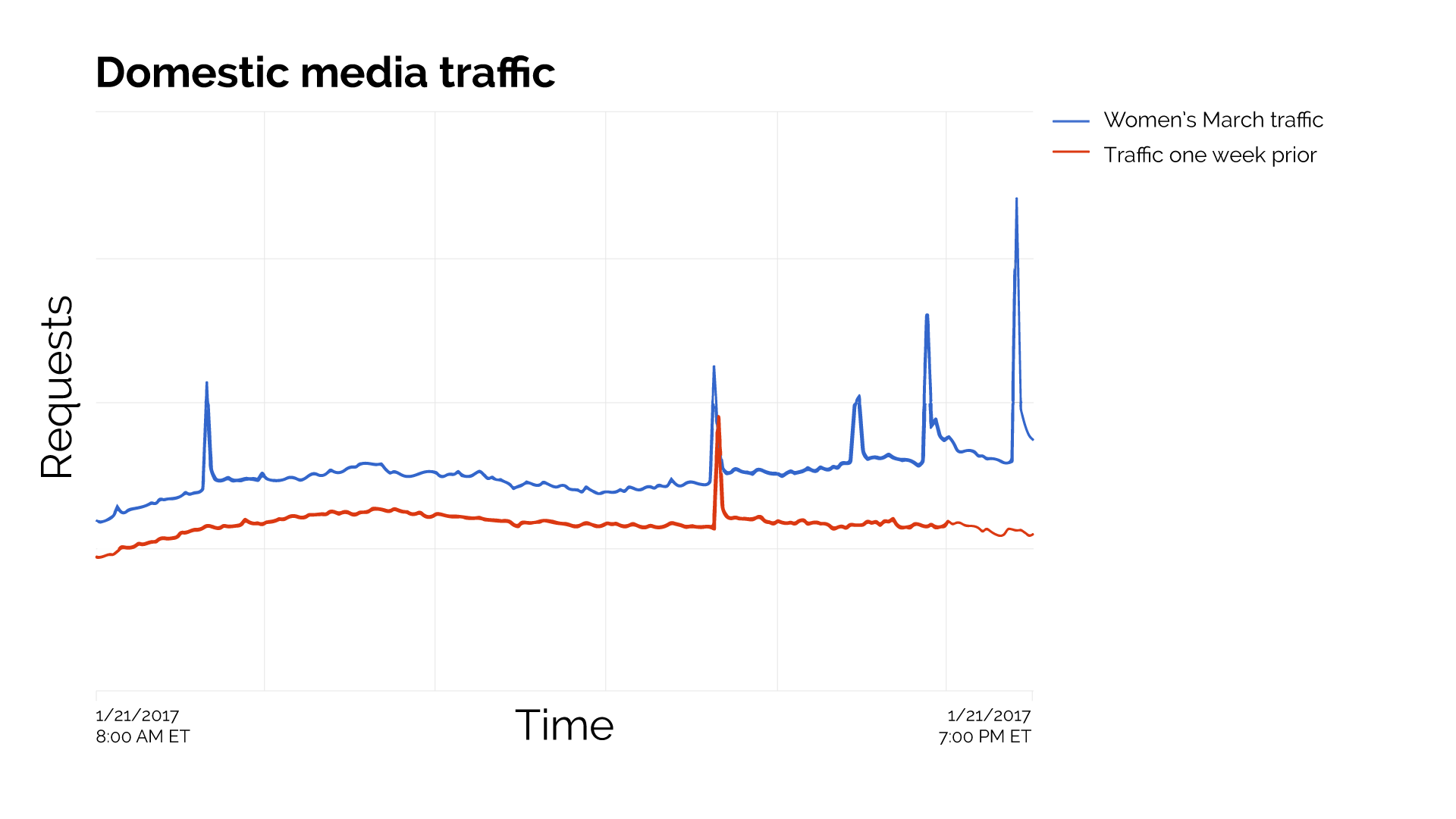 In addition to the Women’s March, a few political news announcements influenced traffic trends on January 21, 2017 — here’s a timeline of what we saw:

Check out our real-time insights, which we’ll update with traffic trends as major events happen, and stay tuned — we’ll continue to report on major moments of engagement into 2017 and beyond.