This is a followup to our post highlighting traffic trends during the 2016 holiday season. While there was increased traffic across ecommerce and food-related sites, we noticed that people were also giving this season, with Giving Tuesday marking record online engagement and donations. We worked with our nonprofit customers — including the ACLU — to share how people engaged (and gave) online.

Giving Tuesday is celebrated on the Tuesday following Thanksgiving, and marks one of the biggest days of the year for donation and charity sites: last year, over 700,000 people raised $116 million in over 70 countries. The ACLU matched donations dollar for dollar on Giving Tuesday: they received 20,548 gifts, a 1,495% increase from last year. Donations on 11/29 totaled $1.7 million — up 965% from 2015.

Following a 437% spike in traffic on Thanksgiving, aclu.org traffic surged again on Giving Tuesday, spiking highest in the evening. Here are the traffic patterns we saw: 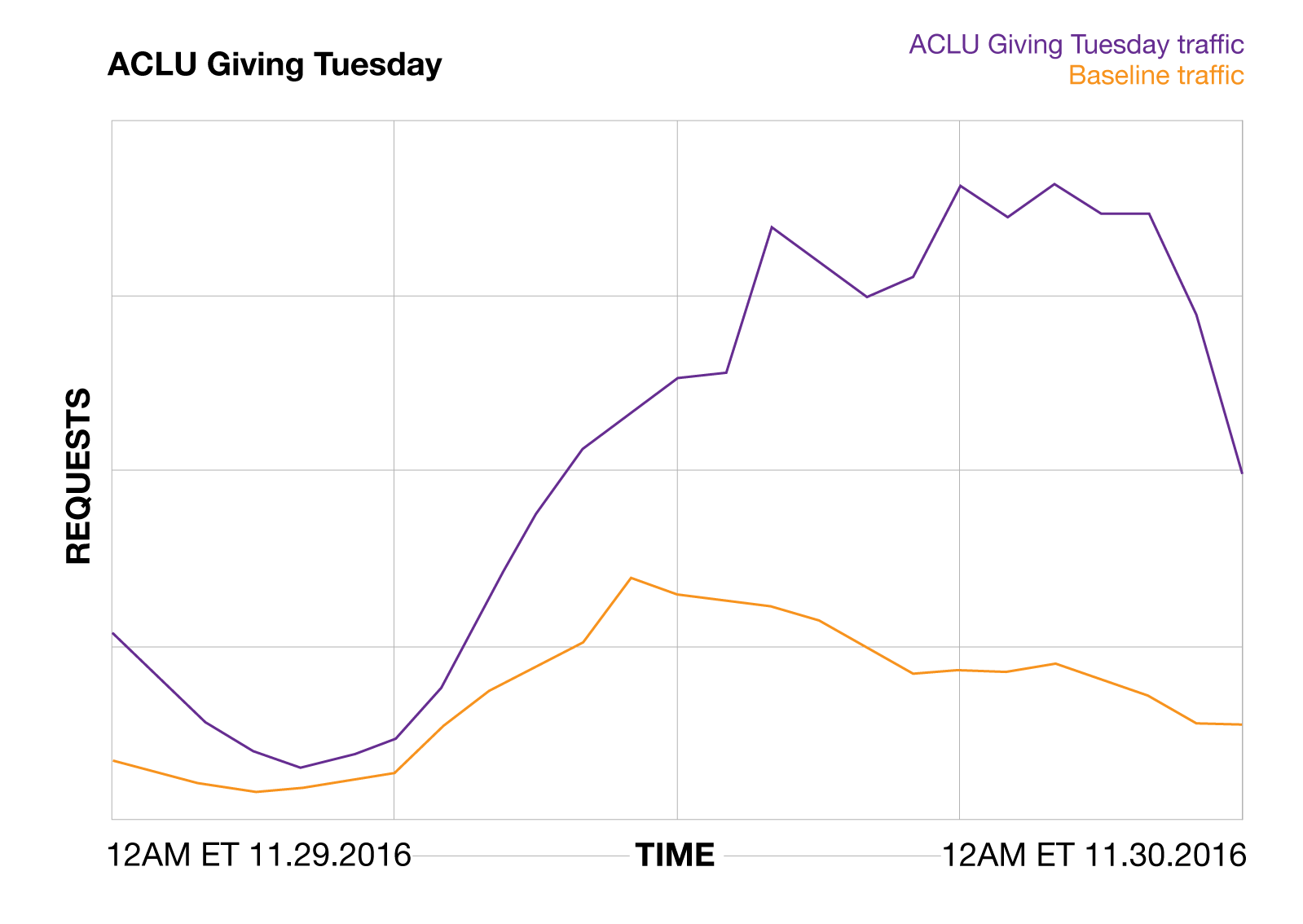 We’re pleased to include numerous other nonprofit and donated-based sites among our customers, including Kiva, Khan Academy, and Donorschoose, among others. Here’s a snapshot of the giving trends we saw on Giving Tuesday:

A special thank you to all our customers who worked with us to share these moments of engagement and generosity during the 2016 holiday season. Check out our holiday traffic blog for the full picture of how the internet reacted during the week of Thanksgiving, and keep an eye on our real-time insights — we’ll continue to update it with events into 2017 and beyond.