Earlier this year, we announced MPEG-DASH support for our On-the-Fly Packaging (OTFP) service. Since then, we’ve received a lot of positive feedback from prospects and customers on how to better support their workflow and use cases. Today we’re excited to announce we’re enhancing our MPEG-DASH packaging support to include Common Encryption and demuxing audio and video representations, two features that will better allow you to comply with most MPEG-DASH video players.

Fastly already provides a wide range of security features for video OTFP customers, including Transport Layer Security (TLS) encryption for secure delivery of video over our network. You can leverage our content targeting capabilities to detect a viewer’s location and device and prevent access in unauthorized regions. And you can use edge authorization tokens generated within your app to authenticate viewers at the edge of our network so you don’t waste resources delivering video to unauthorized viewers.

With today’s Common Encryption (CENC) announcement, we’re building on our existing video security capabilities. Fastly already supports HLS Envelope AES encryption, and now we’re bringing media encryption capabilities to MPEG-DASH. With MPEG-DASH Common Encryption, you can not only package, deliver, and secure your videos during transit, but also add another layer of encryption in the video segments yourself when utilizing our OTFP service. This is important foundational work for supporting advanced features like Digital Rights Management (DRM) so you can easily protect your valuable content.

Until today, Fastly packaged together the video and audio tracks of a file as interleaved MPEG-DASH segments. This was sufficient for most customer use cases, but in some situations it’s better to split the tracks into separate representations, which is referred to as demuxing. Among a host of other benefits, demuxing allows you to have more fine-grained control over the individual tracks of your content and deliver responsive viewer experiences when switching to alternate tracks.

In addition, some players require the audio and video tracks to be separate representations. With our new demuxing support for MPEG-DASH, we now offer better compatibility with a wider range of browsers and players supported by many video platforms. This list includes (but isn’t limited to) Shaka player, Bitmovin player, JW Player, and the popular open source Dash.js player that numerous other video players are based on (videojs-contrib-dash plugin for Video.js and FlowPlayer to name a few).

In addition to our enhanced security and new demuxing capabilities, Fastly continues to offer a robust MPEG-DASH packaging and delivery service. This includes support for the following MPEG-DASH features:

To try our OTFP service and these MPEG-DASH enhancements out for yourself, contact sales@fastly.com. We look forward to hearing what you think! 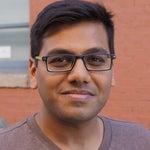 Ashok Lalwani is Senior Product Manager at Fastly, where he is responsible for Fastly’s video and Load Balancer products. He has spent more than nine years developing, scaling, and managing large-scale end-to-end digital video platforms for both live and video on demand. 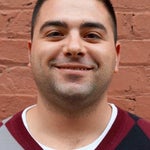 Marcus has over 8 years B2B marketing experience and is currently a Director of Product Marketing at Fastly. Prior to joining Fastly in 2016, Marcus held various marketing positions at Sysdig, AppDynamics, Clearwell Systems (acquired by Symantec), and NETGEAR.

Today, we’re pleased to announce general availability of the Fastly Managed CDN, a custom-built solution for high-traffic, content-driven businesses that need the benefits of a DIY content delivery solution without dedicating significant internal budget and…

Introducing the next generation of the Fastly control panel

We know our customers need complete visibility into what’s happening with their applications; with Fastly, we strive to give you instant feedback at the edge, allowing you to innovate and iterate in real time. With…

Our Limited Availability program for IPv6 is here! Here’s how you sign up.