To help our customers secure their sites and applications — while continuing to give their users reliable online experiences — we’ve built a performant, highly configurable, and comprehensive Web Application Firewall (WAF). In our last post, we shared some of the tech behind our WAF, including how we chose our ruleset and leverage our findings. In order to provide a fully comprehensive solution for securing your infrastructure, it’s critical to continuously test that solution. Because technology and threats are constantly evolving, the rulesets also need to evolve to ensure proper visibility and mitigation into emerging attacks methods.

In this post, we’ll share how we ensure a quality WAF implementation for our customers, continuously testing it using FTW, and go deeper into the findings and contributions we’ve made to the OWASP CRS community with FTW.

Building a testing and quality assurance system is important to us because we want to ensure accuracy of our WAF based countermeasure. Fastly’s WAF implementation is distinctive in that it’s fully integrated into our Varnish caching platform, which we opted to do for a number of reasons:

Integrating with our existing platform also enables real-time configuration changes and visibility into the Fastly WAF. We built our WAF in such a way as to easily accommodate per customer or WAF instance configurations, such as including anomaly thresholds, which is important since the risk appetite will vary from customer to customer.

This approach also gives us the flexibility to identify and mitigate threats across any protocols that our platform supports, including HTTP/HTTP2/TLS (both IPv4 and IPv6).

Reducing complexity in the customer environment reduces "bumps in the wire" — you already have enough intermediate systems, CDNs, load balancers, etc. We didn't want to introduce another one by routing traffic through a separate WAF mechanism.

Without high-quality rules, a WAF is not very useful. For this reason Fastly currently has three sources for rules:

We maintain our own rules to identify attacks for critical vulnerabilities we know are being exploited in the wild. There is no anomaly threshold increment in this case: if these requests match, they are dropped. The Fastly WAF also incorporates rules being written and maintained by our commercial partner (Trustwave).

In our previous post, we covered the design and implementation of the Fasty WAF, discussing how we selected and integrated the OWASP CRS as a core component of the service. The functionality required to support these rules has been integrated directly into our edge cloud platform.

We had to create a ModSecurity rule parser and VCL generation tool chain to translate the ModSecurity rule (SecRule format) into the VCL code block mapping the ModSecurity transform functions into our Varnish runtime equivalents. Consider the following OWASP CRS rule, which checks to see if the site uses UTF-8, and wants validation of the encoded data:

Note: We’ve simplified the post translation VCL below to show pertinent features (e.g., the use of variables to count anomaly scores and set thresholds). Actual VCL contains significantly more detail not shown, as such this VCL will not run.

There were a number of different considerations we had to make while implementing this code to ensure compatibility with the OWASP core rule set (CRS) and ModSecurity in general:

There were a number of moving parts to consider when designing our WAF implementation, and we needed to make sure that the code written to translate SecRule formatted rules into VCL functioned correctly. Otherwise there would be risk of introducing WAF-evasion related weaknesses into the implementation.

For example, having a transform that is not identical in implementation could result in the transformed data being different, and hence not matching a specific pattern. It became obvious that we needed a testing framework — something that would run continuously as we updated rules, made changes to the tool chain, etc. We also needed it to enable engineering and security operations to write code and rules rapidly while managing the risk associated with unwanted bugs and regressions.

A framework for testing WAFs (FTW)

At its core, FTW loads a YAML specification of an HTTP request (containing attack payloads or other elements of web application attacks) and translates it into an HTTP request. You can create entire test corpuses to ensure that the rules are detecting attacks.

To control the details associated with the requests, we needed a framework that gave us granular control over the requests themselves. It was also important that we had flexibility when it came to interpreting success and failure in explicit ways, which allows us to avoid the use of tools external to the framework to process response data.

Here’s some simplified descriptions for some of the YAML fields used in a test:

Here is an example FTW test from the OWASP CRS regressions repository:

Note: there are other output specifications, for example if the HTTP server returns a 400 error code, you could have the test instruct the framework to validate error code returned by the web daemon.

This is useful if your WAF is in blocking mode, and you want to confirm that a specific attack payload was identified and dropped. Once we use the test configuration in our test harness, it produces a request on the wire that looks like this:

Starting with a baseline

Since the OWASP CRS was designed to run on the ModSecurity WAF implementation, we decided to use ModSecurity as the basis for our comparison. Our CRS-related tests are sourced from the OWASP-CRS regressions project.

The OWASP CRS was designed primarily to operate with Apache and ModSecurity, though there’s been work done to include support for other HTTP servers like Nginx. In all cases, these are full HTTP server implementations, which serves a different function than Varnish, the HTTP accelerator on which Fastly is built.

Since these are HTTP servers, they operate a bit differently than Varnish. For example, requests with invalid Host: headers wouldn’t be processed by the Fastly WAF since the Host header acts as a key to route the request to the appropriate service (which may not have WAF activated). Therefore failing a CI job for rules designed to detect malformed or invalid Host headers wouldn’t be correct in our context.

In other cases, the regression tests which ship with the CRS may include tests which were designed for older variants of a rule, and changes to rules could result in these tests failing. Therefore, we needed a way to create a baseline which represented which tests were expected to fail vs. not.

We created a Chef cookbook/Vagrant file to automate the provisioning and configuration of Apache, ModSecurity, and the OWASP CRS version 3.0.2:

You can find Fastly's waf_testbed cookbook on GitHub here.

Engineering the test harness with FTW

To ensure the quality of rule translation, we require tests for every rule, and in some cases, multiple checks to verify that rules with multiple collections have been translated into VCL correctly. There was also another challenge: we needed to make sure that the rule we wanted to test is the rule that gets tripped on the WAF; simply checking for HTTP error codes was not sufficient, as a request may have been dropped by a rule not relevant for the test.

For example, the PHP object injection test triggers dozens of rules, but we needed assurance that the rule that was written to identify object-injection detected the payload. Fastly uses the X-Request-Id, a timestamp along with the rule (and test ID) that the payload is designed to trigger. We keep track of a number of attributes to ensure that we can link a test instance to a specific WAF log entry:

We used FTW as a module for our testing harness, but we first needed to define a function that loads in the YAML configurations using code we took from some FTW utility functions. The first argument of the get_rulesets function (taken fom an FTW example) is the directory/path containing the YAML files, and the second is a flag indicating whether or not we should recurse (useful if you have nested directories also containing tests). Ultimately, you need to return a list of ruleset.Ruleset objects, as that is what the FTW test runner will require to execute the tests:

While not included in these snippets, the Fastly testing harness has a few additional operations that occur while running in CI:

The following snippet demonstrates how to run the tests once you have the ruleset objects:

We manage all the rules utilized by the Fastly WAF implementation with the git revision control system (on GitHub), and we’ve set up continuous testing for any changes to our rule sets. As a byproduct of our our CI job setup, we can also identify any regressions in the tool chain or in the WAF code within the Varnish caching engines themselves. An engineer creates a branch of the rule repository, and makes a change, such as fixing an evasion vulnerability, performance optimization, etc. The engineer creates a pull request, after which everything is automated.

As a result of this work, we’ve found several bugs that we’ve reported back to the community. Identification of the bugs themselves are usually a combination of failed FTW tests and research performed by security and engineering teams at Fastly, where we use FTW for the following operations:

It's vital that the rules are functioning as designed — we work with the OWASP CRS/CRS regressions community to ensure that problems we identify are communicated back to the projects and corrected. Most of the issues we find could lead to evasions, while others could impede false negative/positive analysis.

Here’s a summary of some of the issues we’ve seen:

FTW helped us find some issues in our toolchain, and have been generalized below:

This article wouldn’t have been possible without contributions from our own Eric Hodel and Federico Schwindt, who identified many of the WAF evasions described above (see the PRs for specific details). Fastly’s FTW repository is located here: https://github.com/fastly/ftw — feel free to check out the code and contribute by submitting PRs. As a commercial contributor to the CRS, we also look forward to future collaboration with the CRS-support organization on GitHub which has a community maintained version of FTW and CRS-related utilities.

As we improve our testing corpus and take up new versions of CRS, we’ll continue to find new bugs and issues with rules — that’s simply a (welcome) byproduct of continuous testing. CRS is at version 3.0.2 now; however we will continue to port future releases of the ruleset, run it through our testing corpus, and find potential problems which we’ll report back up the chain in our ongoing effort to build tools and research methods to bypass our WAF, ultimately making our platform more secure for our customers. Stay tuned — in our next post, we’ll take a look at tool we’ve developed that mutates attack payloads to bypass WAF controls. 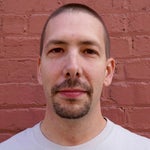 Christian is a security focused open-source engineering enthusiast. At Fastly, he performs threat and vulnerability research as well as prototype and proof of concept development.

Elevating the user experience at Fastly

Keeping your digital presence continuously tuned, optimized, and secure to align with changing business and technical requirements can be time consuming. That’s why we’ve put together our Quick Value Packages — a collection of expert…

DDoS attacks: how to protect + mitigate

In part one of this series, we took a look at the evolving DDoS landscape, offering a sense of what’s out there in terms of attack size and type to help better inform decisions when…