Demos and starter kits: new ways for you to learn and build

Since we launched our Developer Hub last May, we’ve collected your feedback, implemented improvements, and dreamed up new ways to get you building faster in the way you want. Today we’re announcing a few more improvements to do just that. 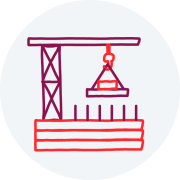 Our new starter kits are complete service configurations designed around the needs of a specific business use case. For example, many Fastly customers serve static websites from bucket providers like Amazon S3 or Google Cloud Storage, so we have a starter kit for that. You can use the code in the starter kits to populate an initial service configuration in our serverless compute environment, Compute@Edge (just type fastly compute init on your local terminal), then modify it to your specific needs.

Whatever type of website or app you have, your first port of call should be the starter kits section to see if we have a template that might get you off to a flying start. 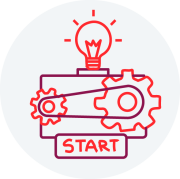 Alongside the new starter kits, we're introducing demos: real, usable example applications running through Fastly. With Compute@Edge, it's now easy to make API requests from the edge and assemble templated HTML to return to the end user. For example, our colleague Pablo made a cracking demo using the weather.com API, Fastly geolocation, and an open source template to generate a weather web app that runs entirely at the edge.

One problem with playing with a polished demo is that you often can't really see what it's doing behind the scenes, so we've also tried to expose the inner workings by providing a stream of real-time log output from the Fastly service that is hosting the demo. Our initial demos all make use of this, and we hope to provide this for all demos going forward as well. 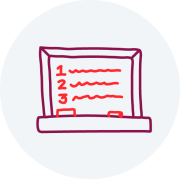 You may already be familiar with our solution patterns and recipes, two of our longstanding formats that help inspire and inform you about ways to build on Fastly. We found these formats to be successful, but the names were confusing. We've now renamed them to make things a bit more simple.

Solution patterns are now tutorials. These are still the longform, step-by-step instructions that introduce code in bite-sized chunks and explain how to implement a significant feature into a Fastly configuration. By following a tutorial, you’ll be able to hand-code a solution, whether into a new or existing service. (Plus, you’ll learn how it works along the way!) These are geared toward solving a high/business-level problem, such as A/B testing.

Though tutorials are not changing, we are expanding them from our VCL platform to also cover Compute@Edge. Each tutorial will still be for a single platform, but you'll start to see some tutorials using our Compute@Edge platform. The first one we've launched shows you how to build a GraphQL transformation proxy to present your REST APIs as GraphQL. 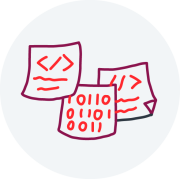 Recipes are now called code examples. This section is still where you'll find short code samples with minimal (if any) instructions, which you can copy and paste into an existing service. Code examples are geared toward solving a narrowly defined technical problem, such as setting a cookie.

Code examples are also expanding to incorporate Compute@Edge, but rather than offering a separate set of C@E code examples, we're showing the VCL and Compute@Edge code side by side on the same page. Along with the Compute@Edge migration guide, this is a great resource if you want to move from VCL to Rust or another language supported on our new platform.

We’ll continue adding to our ever-growing library of code examples, tutorials, demos, and starter kits. What would you like to see us add to our Developer Hub? Tweet us @fastly and let us know.