As a Sales Engineer at Fastly, I spend much of my time building and testing services. Services are our unit of configuration: typically, you would have a service for each domain that you cache through Fastly.

I love this rapid, iterative workflow, and at times while prototyping an experiment I end up with tens or hundreds of versions. I sometimes need to check which version introduced what logic. A neat tool in the Fastly web application is version diff, which allows you to inspect the changes between any two different versions of a service. I thought it would be nice if I could explore the versions interactively on my local computer using command line tools. For example, I could annotate every part of the configuration with what version that part was introduced in to help track down logic bugs.

I built a little tool you might use to help you dig into a Fastly service’s configuration using command line tools on your local computer and quickly figure out where certain logic was introduced. Let me take you through my thought processes.

I had a little think about this. I noticed three things:

I’ve previously investigated the internals of version control systems and this led me to wonder if I could expose the versions of a service in a Git repository. With a little help from the Fastly API and Rugged Ruby modules, and a small amount of programming later, I present: fastly2git.

Given a Fastly API key, a service ID and a local directory, fastly2git will download the generated VCL for all of the versions of a service and create a Git repository containing them: 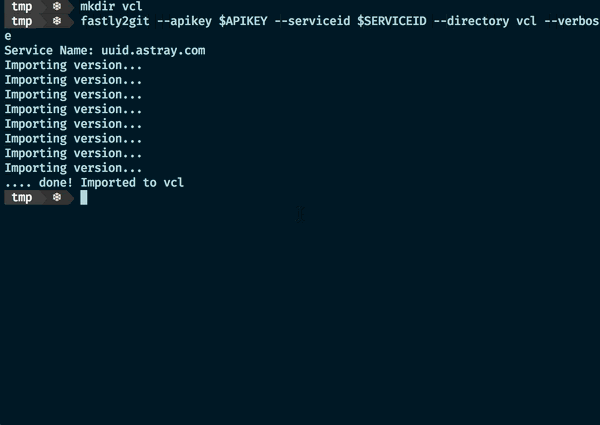 You can investigate the changes between the current and previous versions or arbitrary versions. Here I’m using git log -p --word-diff=colorto show additions in green and removals in red for all versions: 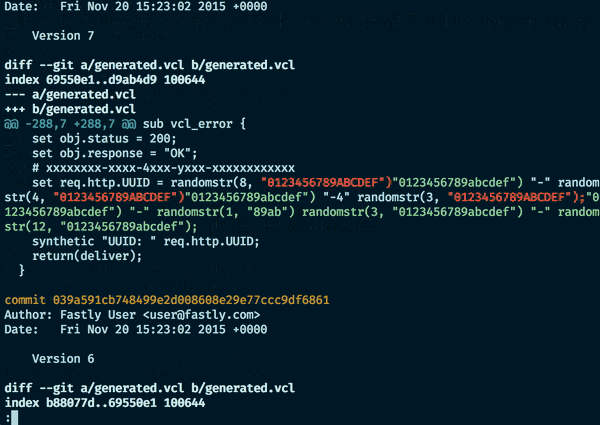 You can even annotate which version any line in the latest configuration has come from, for example, to see which version introduced a particular piece of logic: 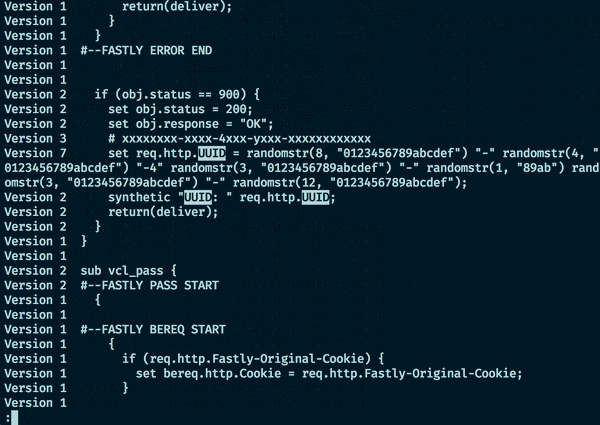 I certainly had fun writing fastly2git. Let me know in the comments below if you find it useful, and don’t hesitate to contact support@fastly.com with any questions.