The Super Bowl has become something far greater than just one of the most-watched sporting events of the year. With an estimated 94% of viewers scrolling on their smartphones as they watch, TV commercial budgets reaching well above seven figures, and the persistent, real-time groundswell of social media reactions throughout the game, it’s evolved into a fascinating, annual intersection of pop culture and user behavior.

As an edge cloud platform powering tens of thousands of websites, we’re continuously monitoring the health of our network and our customers’ connections, making sure everything is performing up to our high standards. This gives us a front-row seat to the flurry of internet activity that occurs every time the Super Bowl rolls around. Off the heels of this year’s game, we wanted to share some of the coolest things we observed: here are the real-time traffic trends and phenomena that made us take note as we monitored our global network’s traffic on Super Bowl Sunday.

It’s no secret that Super Bowl commercials drive visitors to a brand’s website. But it is interesting to see just how much traffic they spur. Fastly customer Audi ran a spot featuring actress Maisie Williams in the second half of the game. As Williams belts out the song “Let It Go” from behind the wheel of her E-Tron Sportback — Audi’s upcoming all-electric SUV —  she breaks free from gridlock toward a more sustainable future. Immediately following the commercial, Audi saw an 11,422% increase in requests per second (RPS) to its site. And in the three days following the Super Bowl, Audi’s average RPS was 19.46% higher than on those same three days the previous week. With results like that, it’s no wonder 30 seconds of air time carried a price tag of up to $5.6 million this year.

The halftime drop refers to the decrease in social media traffic caused by the start of the Super Bowl halftime show — an anomaly only a handful of artists can lay claim to. Shakira and Jennifer Lopez joined this exclusive club of musicians after their performance caused a 16% average decrease in RPS across some of Fastly’s social media customers, as compared to the average RPS seen for those sites in the first half of the game.

To see how this compares to past halftime shows, read about the Beyonce Drop and the Gaga Dive.

For Slack, RPS were up an average of 13.25% during the game on Sunday. This could be due, in part, to the advent of physical and virtual Super Bowl “war rooms” — which has become a necessity for the many brands that run ads, execute social media campaigns, and look for real-time marketing opportunities during the game. (Think Oreo’s famous dunk in the dark tweet.) It could also be a result of an increase in people using Slack for personal communications, leveraging the app to chat with friends outside of work as they watched the game.

At three specific points in the evening, traffic to some of Fastly’s GIF- and meme-generation customers spiked dramatically. The first — a 13% average increase in RPS compared to activity before the spike — came directly after Rocket Mortgage’s commercial featuring Jason Momoa aired. The second and third spikes occurred just after the halftime show and the end of the game, as viewers punctuating their reactions with GIFs and memes triggered average RPS increases of 34.78% and 46.66%, respectively.

Paying close attention to our customers’ traffic is important any day of the week. But an extra level of attentiveness is critical during the extreme conditions brought on by Super Bowl Sunday, as a site or app going down due to an influx of user activity would be devastating. Fastly understands the scale and power of the technology that's needed, but also that our customers must be able to fully trust their cloud platform so they can have peace of mind during one of the year’s most pivotal events. We take that responsibility seriously and only continue to improve for their next big moment. 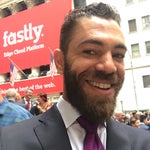 Gino Lang leads Fastly’s Mission Control team, our unique version of combined NOC and SOC functionality, specifically tailored around customer activity and events. He was formerly Director of Service Delivery at EdgeCast Networks and Verizon Digital Media Services, bringing 10 years of CDN-specific experience to his 20+ years at technology companies in various roles. When he’s not playing with the internet, he enjoys wrenching on classic cars and rocking tailored suits. 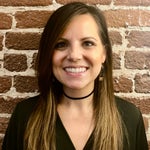 Jess Cook is Content Marketing Manager at Fastly, where she supports event, field marketing, and customer marketing efforts. Previously, she led creative teams at ad agencies big and small to create strategic digital and social campaigns. In her spare time, she loves to run far (not fast) and indulge in all things true crime.

The Gaga Dive, and other Super Bowl phenomenon

The Super Bowl is one of the most-watched events in U.S. television, and presents a unique opportunity for companies to reach prospective customers through clever and well-placed advertising. This year, brands with ads drove an…

The Beyoncé Drop (and other Super Bowl phenomena)

Last Sunday over 111.9 million viewers tuned in for the Super Bowl. As a CDN, we’re in a unique position — we help companies handle the impact of successful Super Bowl ads, and monitor the…

Often the main goal for marketing and advertising campaigns is to point visitors to your website, and it’s important you’re prepared for the success you’ll (hopefully) see. Hear how Fastly customer Dollar Shave Club launched…