The evolution of election technology

Campaign technology evolves with each election cycle, in parallel with how voters engage with candidates online. Yet, many of the goals remain the same: candidates need to reach and engage voters, both for the votes themselves as well as for campaign donations.

It can be argued that 2008 was a breakout year for campaign technology, with 74% of the adult population going online to engage with news around the 2008 election. The 2008 presidential campaign was dubbed the “Facebook election,” as the first to leverage social networks such as Twitter, Facebook, as well as YouTube extensively to reach and organize potential voters, and many credit the internet for President Obama’s 2008 victory. A/B testing, real-time metrics, big data, and cloud providers were all key elements deployed by the candidates’ tech teams in 2012. It’s widely held that the data platform that underpinned the Obama 2012 campaign and enabled voter and volunteer tracking was a significant factor in clinching his victory.

Pointing voters to a candidate’s website can help inform, raise awareness, and foster discussion on the latest issues. A simple call to action on television can cause major traffic spikes, such as the 4,600% traffic spike during the first debate when the candidates mentioned Clinton’s website, or when the Clinton team saw over two million visitors after launching Literally Trump.

Teams will want to be prepared for an influx in traffic by having a strategy in place, whether that’s using a CDN like Fastly or additional, cloud-based storage, such as AWS.

Having a CDN is critical to handling traffic spikes, but tech teams will also want to maintain the ability to update site and app content as needed. A CDN with Instant Purge gives teams the ability to update a campaign site with a breaking news story or incoming poll numbers, and surrogate key purging lets teams tag items for mass removal, making it easy to update all images and articles associated with a single news event.

A CDN should also match team workflows — enabling continuous development by allowing campaign tech teams to deploy new builds and applications in real time (such as the Clinton team’s rapid response microsites). As the Chief Architect of New Relic noted, they’re “deploying all the time, pushing new software several times a day,” and they chose a CDN that would match that workflow.

Security has been on everyone’s mind this election, in part due to candidate emails hacks appearing as a daily news item. A natural concern of any website team is to protect both site content and the privacy of its end users, and campaign sites are no different.

Using an encrypted protocol like Transport Layer Security (TLS) helps protect visitor identities and transactions and the overall integrity of a campaign site, and a DDoS mitigation tool can protect against attacks that would otherwise disrupt legitimate traffic.

Collecting donations is clearly crucial to a campaign’s success. A user-friendly and secure tool for handling payment information, such as Stripe or PayPal, will ensure that transactions are secure and compliant, inspiring user confidence and bolstering donations. A provider that understands and prioritizes all the work that leads up to a campaign donation online or via an application will help ensure seamless experiences online. Stripe, for example, knows that their customers “have huge pipelines that come down to the checkout moment, and we have to ensure that everything goes smoothly.”

Mobile devices drive 56% of overall traffic online and smartphone usage is up from the last presidential election, from 42% in 2012 to 70% in 2016.

Having an application associated with a campaign is a great way to reach voters — both Obama and Romney launched apps in 2012, with a marked difference in functionality between the two; “Obama for America” acted as a political organizing tool, delivering campaign news, alerting supporters to nearby events, and streamlining donations, while the sole purpose of “Mitt’s VP” was to send a push notification when Romney selected his VP.

According to WIRED, this is the first election in which mobile has served as the main digital platform, and current mobile election technology is “light years different” from 2012, according to Obama’s 2012 CTO. Both Clinton and Trump apps use game-like features to engage with voters; users earn points for committing to vote or watching the latest campaign ad.

While there are many components to a successful mobile app, it’s even more critical for campaign tech teams to focus on push notification technology — such as Twilio and Voxer — to alert users of breaking news or nearby events, as well as GeoIP / Location Detection, which can help determine where requests are coming from and direct (and personalize) accordingly.

Campaign tech teams will want to make sure all their hard work is paying off — keeping an eye on metrics helps teams determine what’s working, and what isn’t. Google Analytics offer insight into user behavior on candidate sites — where they’re coming from and what they’re doing when they get there — and tools like New Relic help gather app data. They’ll also want to keep an eye on traffic — with Fastly, they can stream real-time logs to virtually any endpoint, helping keep an eye on events as they’re happening.

A candidate can no longer win an election without heavily leveraging modern technology. As the 2012 and 2016 campaigns have shown, technology is critical to reaching voters, raising awareness, gathering donations, and rallying supporters. In 2020, online and mobile will have an even greater influence, and with that comes an even greater need for security. It’s currently possible to vote online in 30 states, and we can imagine this will be more widespread by the next presidential election. With that in mind, technology providers will have to pay even more attention to security and reliability as they aid campaigns in the elections to come.

For more on the 2016 election, check out our observations of online engagement during the first and final debates. 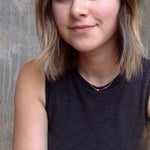 Elaine Greenberg is a Senior Communications Manager at Fastly and co-organizer for Papers We Love SF. Trilingual in Russian, French, and English, she got a BA in Neuroscience at Wellesley College. In her free time, she obsesses over dogs, textured neutrals, and well-arranged florals.