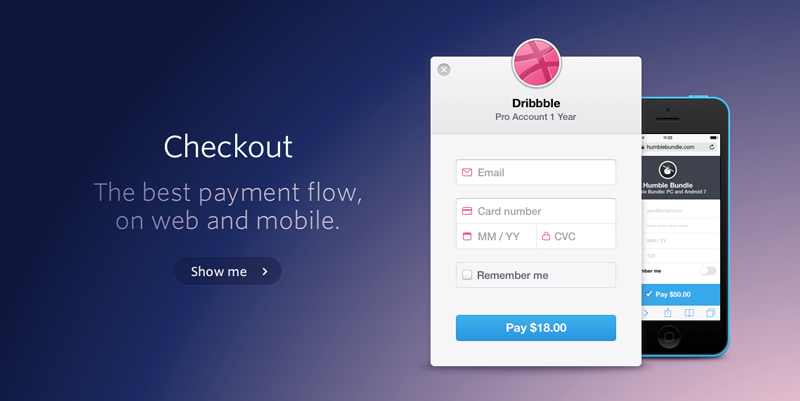 Stripe processes billions of dollars a year for some of the most successful companies and marketplaces on the internet, making it easier than ever to accept payments and manage an online business. Supporting startups and Fortune 500 companies, Stripe powers the sharing economy, top mobile applications, and global software services. Investors include Sequoia Capital, Andreessen Horowitz, Khosla Ventures, as well as PayPal co-founders Peter Thiel, Max Levchin, and Elon Musk.

Stripe needed an effective way to serve their static assets while maintaining security for their customers. After the traffic caused by a customer’s flash sale brought down some of Stripe’s servers, they sought a CDN that would prevent future outages as well as help them optimize for performance. They turned to Fastly to help serve content efficiently — not only to maintain site performance, but also to enhance the experience for their users.

"I would definitely recommend Fastly to other companies. Having had a really great experience with Fastly at my last job, it was one of the first recommendations I made while I was interviewing at Stripe. Our customers have huge pipelines that come down to the checkout moment, and we have to ensure that everything goes smoothly."
Marc Hedlund, VP of Engineering

"We have confidence in Fastly that we don’t have for other vendors we looked at. Because we move money around, we need the best available option for any number of things related to performance, security, and stability. We only considered what we thought was best in class, and Fastly was the obvious choice."
Marc Hedlund, VP of Engineering

Because Stripe is a merchant processor, they needed a CDN that could securely handle sensitive payment information while improving the merchant experience by ensuring a smooth and effective checkout process. 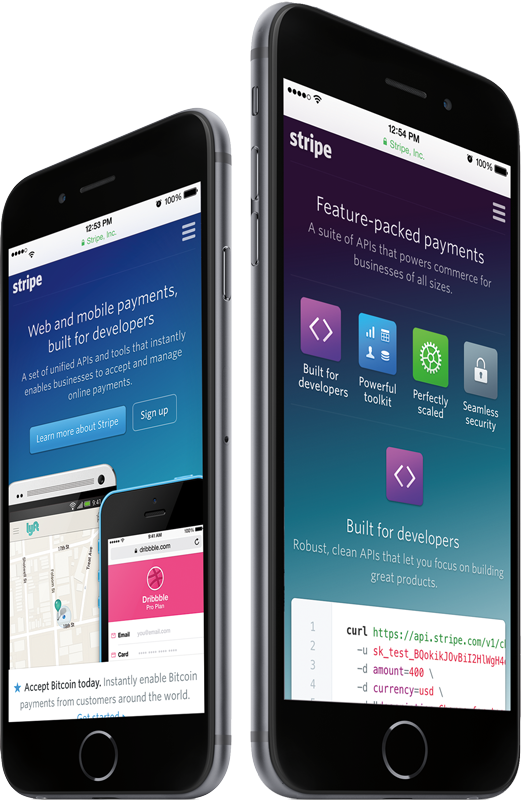 Stripe uses Fastly to cache assets for three main products: the Stripe Dashboard, where merchants log in to see payment information and manage transactions; the Stripe.js library, a single Javascript file served all over the web on merchant forms used to take credit card data; and Stripe Checkout, an embeddable payment form for desktop, tablet, and mobile devices, which allows users to complete transactions without being redirected.

"Caching our static assets on Fastly improves our performance and reliability. Our payment forms need to be fast and reliable for people all over the world loading Stripe on their sites — Fastly makes that happen. And it’s pretty significant that Fastly makes it simple to purge the cache if anything goes wrong."
Andrew Metcalf, Engineering Manager

The ability to serve payment forms quickly has allowed Stripe to improve the checkout process for merchants and their customers. Studies show that slow load times are the number-one reason over 70% of online shoppers abandon carts, with “67% of UK shoppers and 51% of those in the US saying that site slowness is the top reason they’d abandon a purchase.” Due to Fastly’s ability to accelerate dynamic content and cache static assets, time to load the Checkout form has dropped by over 80% since Stripe starting using Fastly, which translates to huge benefits for Stripe’s customers.

"The time to load the Checkout form on Stripe dropped 80% by rolling out Fastly. For someone on a slow mobile connection, that’s the difference between an abysmal experience and a good one. The ways people use Stripe vary, but customer satisfaction across all of those cases is much higher when performance is substantially better."
Marc Hedlund, VP of Engineering

In late December 2014, Stripe needed to move quickly on a customer demand around a global, highly publicized media event. Stripe reached out to Fastly to serve content effectively in the event of traffic spikes and multiple requests, and also to mitigate any distributed denial-of-service (DDoS) attacks that might occur.

“What we did for the media event in December would not have been possible without Fastly. Their team allows us to respond to very high-demand events, which is a fairly common occurrence across our customer base. For us, the important thing is to be prepared for the event, no matter what.”
Marc Hedlund, VP of Engineering

Due to the newsworthy nature of the December media event, Stripe had to be prepared for a sizable and immediate spike in demand.

“Other solutions that we thought about proved unable to keep up with the spike in demand. Once those were turned off and Fastly was receiving traffic, performance was great. I think it was a fairly clear A/B test that showed that when Fastly was receiving the traffic, performance was great for our customer’s end users. This helped us meet our customer’s expectations for the media event.”
Marc Hedlund, VP of Engineering

“The Fastly Dashboard gives us real-time visibility into what is actually going on. At one point during the event, it was immediately clear from our monitoring systems and Fastly that a particular subsystem of ours started to have problems. This made it easy for us to figure out what was going on in the stack and fix any issues as they were happening.”
Andrew Metcalf, Engineering Manager

Stripe used Fastly’s real-time dashboard to monitor site performance during the event. Used in conjunction with their own monitoring systems, Stripe was able to identify and resolve issues as they occurred.

The newsworthy nature of the media event increased the likelihood of DDoS attacks, causing Stripe to seek out additional security measures. They knew they would have better security with dedicated CDN coverage, and engaged Fastly to help mitigate any possible attacks associated with the event.

“There were unknown levels of security threats around the project, and Fastly was much better protection for us than the other security solutions we evaluated or considered. We felt comfortable that we were prepared for whatever might come.”
Marc Hedlund, VP of Engineering

“Preparing for high-demand events from a people operations perspective is really crucial. For the media event in December, we emailed our Fastly account rep on a Sunday saying we needed to have a security conversation, and nine AM Monday morning we were on a call with everyone we needed to kick off the project. During that week, someone from Fastly reached out often, proactively suggesting approaches or changes. The ‘people aspect’ of Fastly is hard to overstate.”
Andrew Metcalf, Engineering Manager

Stripe needed to address security and high-traffic concerns quickly over a national holiday. They knew that starting a new project with any company in late December would be challenging, and they needed a partner that would be responsive and efficient on a tight deadline. Stripe found that Fastly was not only the most responsive solution they engaged, but they also offered a level of proactive assistance above and beyond what other companies were offering.